Do you know that the societal segments were based more on your education than economic worth, just economically better off could afford better education too. Women were the aliens of the already alienated because they weren’t seen as able to mingle in a society where reasoning happened. It is extremely important that you be at par with the knowledge database to be able to mingle in a certain societal setting without being made to feel embarrassed or an outcast. Education helps you broaden that spectrum of knowledge and hold your own mind and reason.

Are you aware that most superstitions we follow still were a brainchild of the educated and had a scientific reason to support it. Ironic that superstition today is deeply integrated in the culture of the uneducated. Why? Because they never seemed to reason why are they following a tradition blindly and hence times changed, the scientific reason held no ground for superstitions to carry on, but those on whom it rested to forego, had little ability to reason and let it go. You can never undermine the role of education in order to make a society free of baseless superstitions.

13. Reasoning against the illogical

You’d never believe anything without a reason, if only you have a reason for it. Take for example the inability of uneducated farmers to examine and analyse the quality or fertility of soil for a particular harvest and later regret and believe that the rain gods were displeased with them. They’d spend more on rituals to please the Rain God than they would to increase soil quality. If only they knew.

12. Keeping up with evolutions

You cannot keep up with evolutions unless you are aware of them. Awareness comes from Education. Imagine a world without WhatsApp! Was life really that hard before WhatsApp happened? Maybe not, but it certainly made life easier. This was only a grain of salt in what I’d say is an ocean of evolutions, all in one way or the other made to simplify your life.

11. Exposure to the World

Is it remotely possible to know of all the other nations while remaining in your own. It is. You’d have to read and place your understanding of the reading in the cultural and historical context of that nation in a particular period. You’d know just about everything French, Roman and Greek. You’d be able to build your understanding of their language and culture without simply terming them all as ‘foreign’.

10. No more a fool :Keeping your own mind

An educated person would listen to all, and do what suits him best. It is highly impossible to fool an educated person for it would take reasoning and logic to get him in the trap. Educations keeps you from being trapped in advisories that are no more fruitful than digging your house for the pot of gold.

9. A Healthier Lifestyle and living

Remember the world before anti-biotic happened? Or vaccines? Or sanitary napkins? Now place yourself where education is a luxury. Would you be aware of the medical or lifestyle finds which help detect and cure a disease. Are you aware that almost every person is allergic to 5 foods in his lifetime which may cause auto immune diseases? An educated person would know his health, live longer and healthier by resorting to healthier alternatives.

8. Adapting to newer techniques for productivity

There’s a reason why scientists are being paid in billions of dollars to build machinery that decreased the need for man power. It is however impossible to reap the benefits of that machinery has it to be used by those who have no knowledge of how to operate the machine for better productivity. Why else to you think most farmers, till date, swear by the traditional technique of irrigation.

It is in the habit of uneducated to spring up on arguments and cause harm to others and most to himself. Education would rather channel your temper towards a more productive and peaceful goal. While no nation would be at crisis, it would be only a more peaceful world without wars and battles.

6. Imparts ability to work across genres and cultures

Tell an uneducated person to work in a setting alien to him, you’d ask him to walk on a path of self destruction. Ask an educated man to travel nations and transmute the barriers of language and culture, you’d be testing his spirit of taking challenges and succeeding in them. The difference here has not to be of intellectual capacity, but it takes more self confidence than knowledge to not be intimidated by challenges life throws on you.

5. Economic growth of the nation

When the people of a nation are educated, they’d definitely carve ways to be self sufficient. An economically independent society is the stepping stone to combined productivity that leads to a economic growth of the nation on a whole. Now you know how those countries are doing so well for themselves?

4. A longer, disease free life for the younger generation

No intention of gender bias, but statistics reveal that if the mothers are educated, chances are that child mortality rates reduce by less than half. In fact, this is a reason by urban, educated women have healthier children almost free of diseases. Also, if either parent has received formal education, chances are they’d have fewer kids with better lifestyles than depend on more working hands by conceiving more kids. Also, educated parents immunize their kids and make sure that they play major role in their growth and development.

3. The Will to Keep trying till success strikes

It is only through education that you’d have multiple level goals and a number of ways to reach them. You’d have dreams which transmute to thoughts and later into actions. Your will to get your dream to turn true will be undeterred and you’d try in every way possible till you succeed. The uneducated may have better intellectual and labour capacity but the lack of understanding of multiple ways to achieve their goals is often an obstacle.

2. Earn your own living

With evolving lifestyles, steep inflation rates and luxuries transcending into needs, it is only impossible for a family to depend and thrive on one bread earner. You ought to work for self sufficiency and dependency and education helps you gain job opportunities for financial independence. Also, education helps you build a network with people who’s resources might work the best in your benefit if you so choose to be self employed.

You know why being educated is extremely important? Because for you to be happy, you need to feel good from within. It is only possible to have a stable mind and a balances life once you are self dependent and have a reputable standing in the society. By simply being educated you’d have little job insecurity, no inferiority complex and a well organized understanding of the world. Education may not be the key to happiness, but it definitely is the key to a lot of other things which come together to make you happy.

So are you happy being literate, or would you strive to be educated?

“LET NOBLE THOUGHTS COME TO US FROM EVERY SIDE.” 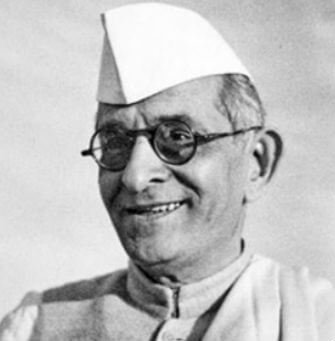 The Bharatiya Vidya Bhavan, an internationally reputed institution dedicated to the promotion of education and culture, is a charitable public trust founded by Dr. K.M. Munshi on november 7, 1938 on the auspicious Kartik Sud Purnima with the blessings of Mahatma Gandhi.